Dubrovnik has undoubtedly earned the title “Pearl of the Adriatic” with its dramatic mountains, jewel blue sea, and endless red tiled rooftops. This well preserved medieval town won my heart the moment I walked through Pile Gate and down the sundrenched Stradun (the promenade that runs down the center of historic Old Town). My visit left me more memorable views and experiences than many towns and at the top of that list was walking the walls of Dubrovnik. Walking the Walls of Dubrovnik

The Dubrovnik walls are an iconic symbol of the city and have been wonderfully preserved to allow visitors to see this red city from above. They are about a mile in length and will take 1.5-2 hours to walk while enjoying breathtaking views. Strolling the perimeter of Old Town you will see the glistening Adriatic Sea, the famous red rooftops, quiet streets, squares filled with people, fortresses, the beautiful Island of Lokrum, and the Stradun from above.

*If you are a GOT fan you will see many Game of Thrones Dubrovnik filming sites from the walls of Dubrovnik. I will point these out in the photos below so you can look out for them when you visit in person. *Pile Bay is one of the most used Game of Thrones Dubrovnik filming sites. The overall backdrop was used for the Blackwater Bay battle scenes, the stone walkway at the bottom left corner is where Sansa and Shae stood and spoke of the ships sailing by and making stories of where they were headed, and the beach in the middle is where we watched the departure and return of Myrcella.

Walking the walls of Dubrovnik - Tips

Tickets can be purchased with credit card or Croatian kunas to walk the walls of Dubrovnik. If you purchased the Dubrovnik Card entrance is free otherwise they are 150 kunas (about $24). The office is located to the right the moment you enter the Stradun through Pile Gate. The main entrance to the Dubrovnik walls is to the left from the office and easily found as there is an employee standing at the base of the stairs collecting tickets.

Check what time they open and arrive at least 10 minutes early. Going first thing in the morning is a MUST! Dubrovnik has become a very popular cruise stop brining hordes of tourists by early afternoon. Don't forget to bring your camera and a bottle of water as it can get hot!

Enough with boring details! Take a look at how breathtaking these views are and get a little taste of Dubrovnik for yourself.

Photo Diary of Walking the Walls of Dubrovnik Bell Tower of the Dominican Monastery *Lovrijenac Fortress is a Game of Thrones Dubrovnik filming site for countless scenes. The actual fort itself, located on the top of the rock in the upper right, was the location for Joffrey's name day tournament and where Cersei and Petyr Baelish have a talk that ends with Cersei threatening his life showing him the power she holds. Lovijenac Fortress also plays the part of the Red Keep. Entrance to the Old Port Pin this article - A guide to walking the Walls of Dubrovnik! If you like Croatia you'll LOVE Greece. See my Greece and Croatia blog posts!

Have you walked the walls of Dubrovnik? What were your favorite view points?

Some links in this article are affiliate links, which means that if you purchase through them, I earn a small commission. This will never cost you extra and the income goes to keeping this site updated and free for everyone! 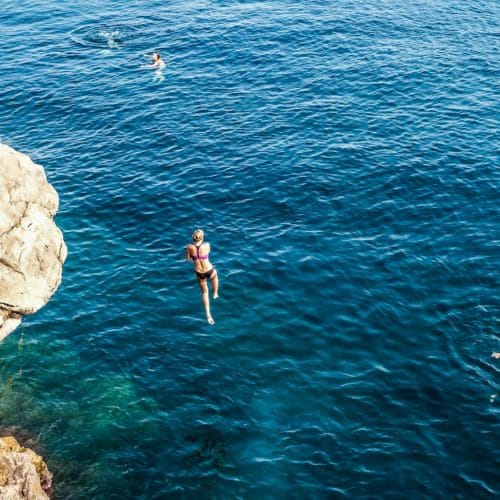 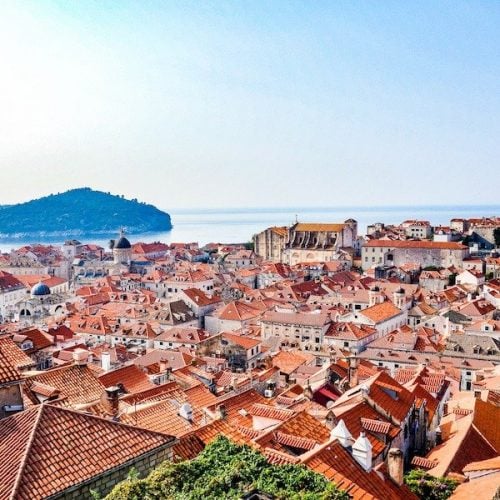 The Best Day Trip from Dubrovnik 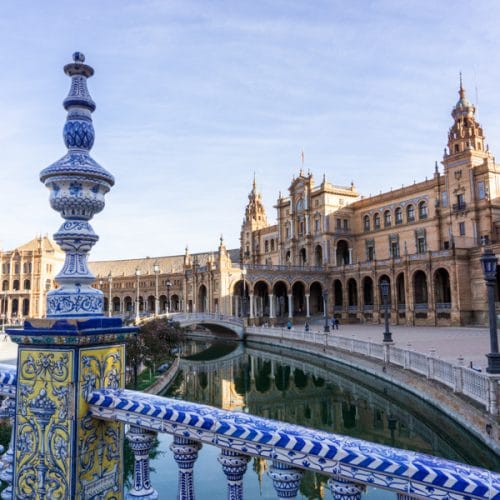 Where to Stay in Seville, Spain | TOP 3 Neighborhoods keeping trips within the realm of reality for ordinary people

Missing the charming streets of Europe very much r

☀️ Early mornings in #colmarfrance Anyone have

Have you heard that starting January 26th everyone

If you visit the #alsace region...which, if you ca

🏰 #neuschwanstein is easily one of my favorite

☀️A little morning reflection for you in #colm